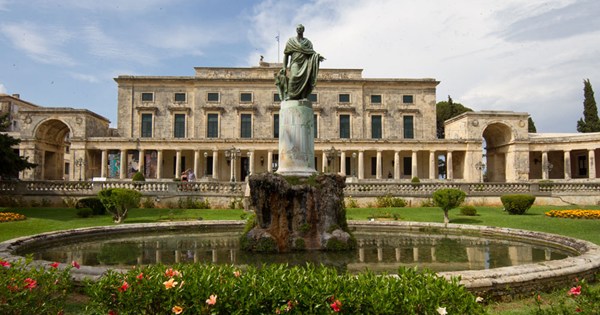 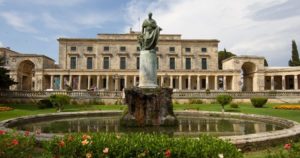 Situated near Spianada Square, the Palace of ST. Michael and St. George was built by the English major S. Whitmore during the period 1819–1823 in the architectural style popular during King George’s reign. Built as the English high commissioner’s residence, it later housed the headquarters of the Monasterial Battalion of St Michael and St George, founded in 1818 by distinguished English employees of the colony on the Ionian islands. From 1864 to 1913 the palace was used as a royal summer residence. Today the palace houses the Public Library, the Archaeological Service, and the Museum of Asian Art which was donated by the Manou family. Inside the building, the chambers are decorated with carved mythological representations of the Ionian island, created by Prosalentis. There are also lavish chandeliers and the windows exhibit the medals that St Michael and St George won. In the beautifully decorated gardens, the statue of the English high commissioner Frederick Adam is a dominating figure.